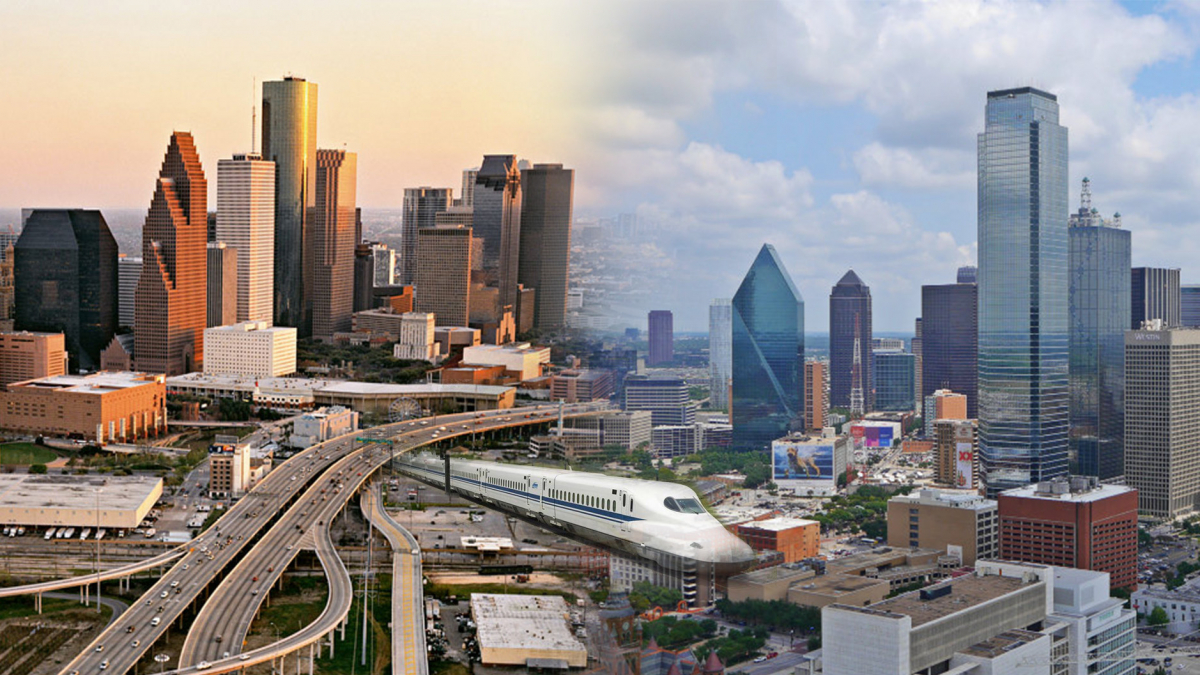 Let’s face it, no one likes sitting in traffic. If there’s a faster way to get to your destination, then that’s probably the way you’re going to travel. Well, good news, because Dallas-to-Houston Texas Bullet Train construction could start as early as 2019.

It takes around three and a half to four hours to drive from Houston to Dallas. However, the high-speed train will complete its route in 90 minutes traveling at speeds of 205 MPH. Plans are to pass between Northwest Houston and South of downtown Dallas with stops in Brazos Valley, better known as the home of the Aggies. This route has the least risk to the environment. The next steps are to finalize the train design and costs, obtain permits, and funding.

Texas Central Partners predict 5 million riders per year by 2025 and 10 million riders by 2050. With both Houston and Dallas growing exponentially, transportation infrastructure cannot accomodate the number of drivers on the roadways. Fast travel options are becoming more and more popular as a result of high travel times.