Is There Risk in Building Up? 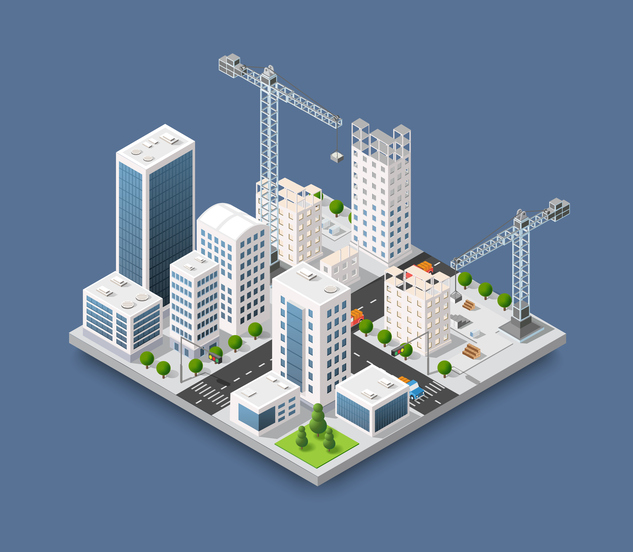 In deciding whether to add floors to a structure, engineers might want to consult a psychologist. In a series of experiments, researchers found that people at higher elevations in an office building were more willing to take financial risks. The study is available online in the Journal of Consumer Psychology.

"When you increase elevation, there is a subconscious effect on the sense of power," says lead author Sina Esteky, PhD, an assistant professor of marketing in the business school at Miami University. "This heighted feeling of power results in more risk-seeking behavior."

In a pilot study, the researchers analyzed data from more than 3,000 hedge funds throughout the world that accounted for assets over $500 billion. They correlated the level of volatility of the fund with the floor level of the firm -- which ranged from the first to the 96th floor. The researchers found a slight but significant correlation between increased elevation and the volatility of the fund.

Esteky's team also conducted experiments in which participants were asked to make a betting decision as they were either ascending or descending in the glass elevator of a tall building. The participants who were going up to the 72rd floor were more likely to opt for the risky lottery that could result in either a small or significant win. Those who were descending preferred the conservative lottery with either a moderate or slightly larger win.

In another experiment, participants were either on the ground floor or third floor of a university building, and they were asked to make 10 decisions with differing levels of risk and payoff. Again, the researchers found that participants on the third floor more frequently chose risky options than their ground floor counterparts. To better understand the reason for this behavior, participants completed a series of unfinished words, and people on the third floor were more likely to create words associated with power than the participants on the ground floor. The researchers believe that increased power-related thoughts might explain how elevation affects risk preferences.

Esteky suggests that elevation of an office building may be one reason certain hedge fund managers are willing to invest in risky assets such as Bitcoin, a cryptocurrency and worldwide payment system that is highly volatile. Although this study was limited to financial decisions, further studies could show whether the subconscious effect of elevation influences other professionals like doctors who are choosing treatment plans for patients, Esteky says. In another experiment, he discovered that people were more open to taking a sensory risk by trying an unfamiliar fruit when they were at a higher elevation in a building.

Although the implications of these findings could be unsettling for consumers who are relying on themselves or paid experts to make rational choices, the elevation effect vanished when participants were informed that floor level influences behavior, Esteky explains. The effect also disappeared when people could not see that they were on a higher floor level, such as those in cubicles without a window view.

"The important lesson is that when people become aware of the potential impact of elevation, it doesn't happen anymore," Esteky says. "The brain is very susceptive to subtle situational factors, but also really good at correcting for such effects, so awareness can help us be more rational in our decisions."