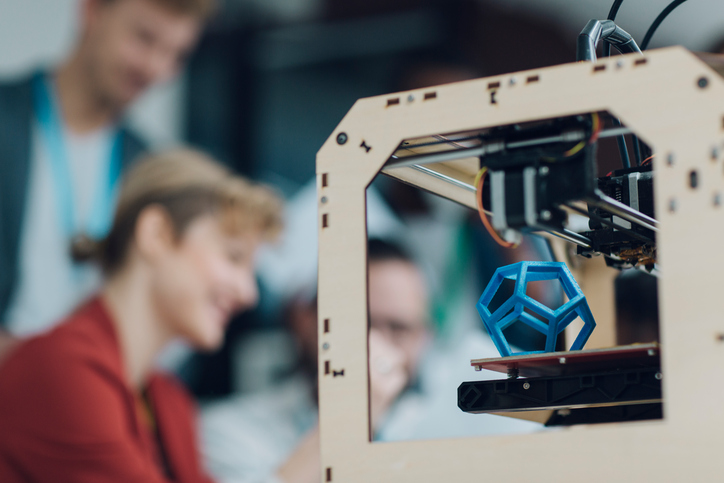 MIT engineers have created soft, 3-D-printed structures whose movements can be controlled with a wave of a magnet, much like marionettes without the strings.

The menagerie of structures that can be magnetically manipulated includes a smooth ring that wrinkles up, a long tube that squeezes shut, a sheet that folds itself, and a spider-like "grabber" that can crawl, roll, jump, and snap together fast enough to catch a passing ball. It can even be directed to wrap itself around a small pill and carry it across a table.

The researchers fabricated each structure from a new type of 3-D-printable ink that they infused with tiny magnetic particles. They fitted an electromagnet around the nozzle of a 3-D printer, which caused the magnetic particles to swing into a single orientation as the ink was fed through the nozzle. By controlling the magnetic orientation of individual sections in the structure, the researchers can produce structures and devices that can almost instantaneously shift into intricate formations, and even move about, as the various sections respond to an external magnetic field.