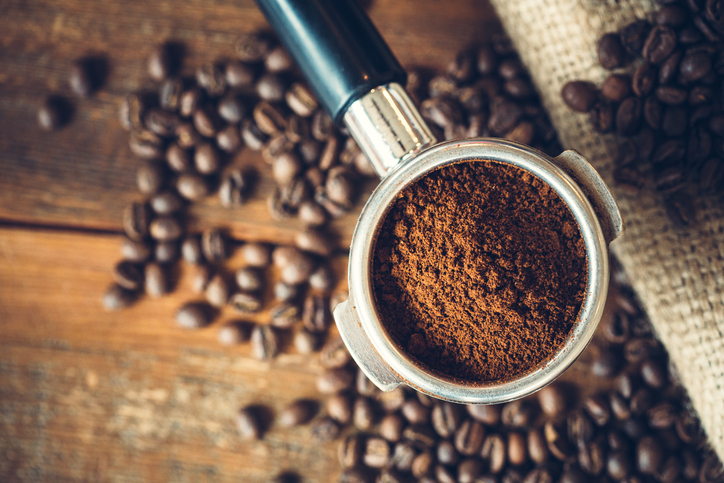 When Joseph Hyman , mechanical engineering, was a student at UMBC, he was sitting in the library craving a fresh, hot cup of coffee, when an idea struck him: Wouldn't it be great if a travel mug could brew its own coffee?

When he searched for this mug of his dreams and couldn't find anyone manufacturing something similar, he decided to create it himself. After graduating he pulled together a talented team of fellow UMBC engineering students and alumni and got started on the design and the business model to make it a reality.

Fast forward more than four years, and the combined travel mug and coffee brewer that Hyman envisioned has become the first product of the MoJoe Brewing Co., backed by more than 700 supporters of a Kickstarter campaign. The team sought $20,000 through crowdfunding to jump-start production, and ended up with more than $85,000 in pledges.

One challenge they faced was developing and launching the company's first product while maintaining full-time jobs, which limited the time they had to focus on the new company. "It's exciting that after years of building a product, people actually want it. And that there's a demand for it," Hyman said. "It makes the sleepless nights worth it."

Kolajo, co-founder and engineer for MoJoe, says that the experience has taught him the importance of believing in himself and persevering when things get challenging. "It's been rather surreal to find ourselves in a position where an idea has come to life and is getting a lot of positive attention," he says. "I never imagined I would find myself in a position like this."

Although Hyman does not have any formal business education or a background in the industry, during his time at UMBC he had an opportunity to work with the Alex Brown Center for Entrepreneurship, which gave him the confidence that creating his own business was possible. He and Kolajo also credit their experience in the Meyerhoff Scholars Program with honing their collaboration skills and tenacity to succeed.

Hyman explains that it can be overwhelming for aspiring entrepreneurs to start a business or develop a product when they look only at the big picture and do not know exactly where to begin. He recommends examining each aspect of the new venture on its own, and working through challenges step by step to make steady progress.