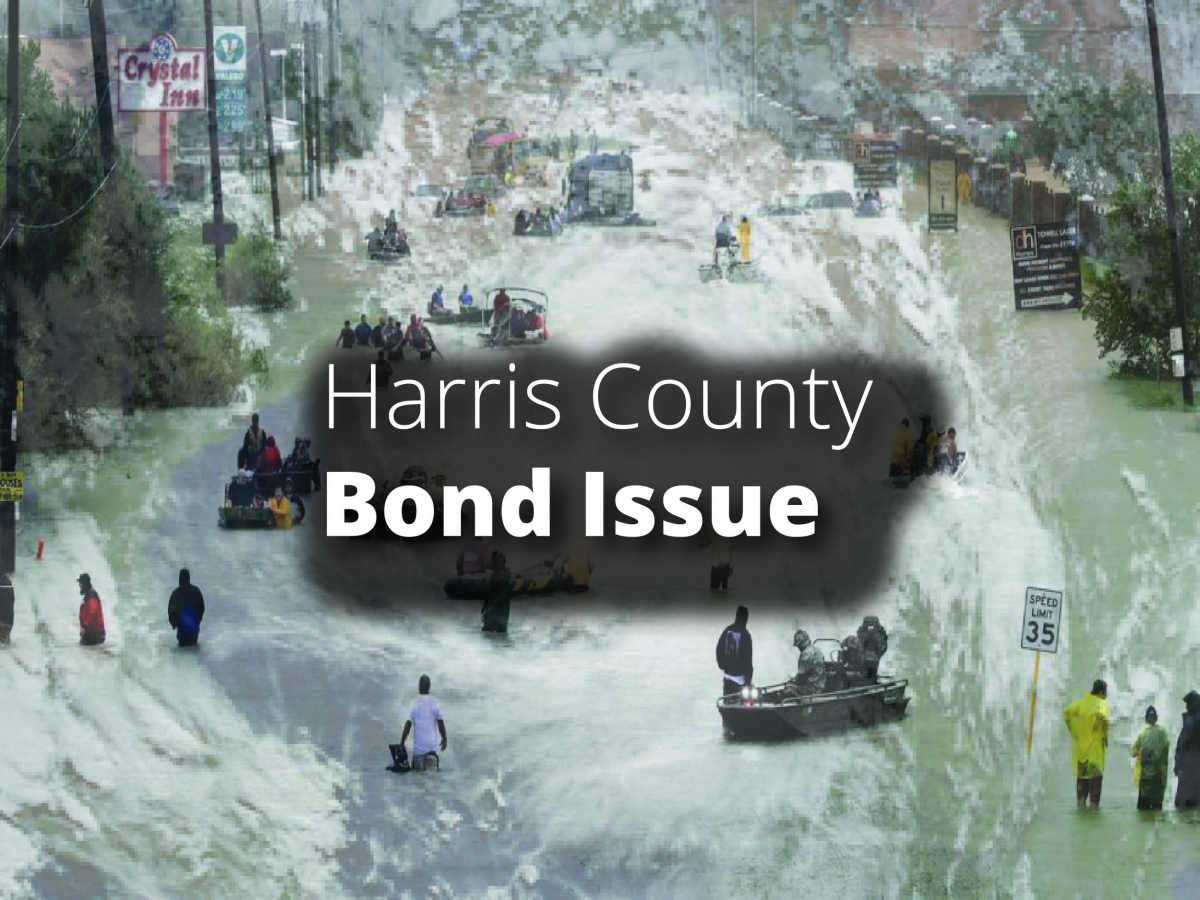 The catastrophic 2017 hurricane season left a future of recovery and healing in the Houston area. Now that hurricane season is here, many Houstonians are wondering “What if it happens again?”

Houston residents are no strangers when it comes to flooding. The Memorial Day flood in 2015 flooded over 2,000 homes. The Tax Day Flood in 2016 dropped as much as 17 inches of rain in parts of the city. Hurricane Harvey dumped an astronomical amount of rain which created more than $100 billion dollars in damage.

Harris County Commissioners court voted to seek a special election on August 25th—the one year anniversary of Hurricane Harvey. It is not clear yet what the bond will include exactly. However, the court proposed a $2.5 billion-dollar price tag, and if approved, it will be the largest local investment in the region’s flood control system. All county’s 22 watershed will likely see improvements, if passed. According to the Harris County Flood Control District’s website, “Projects would be distributed throughout Harris County. Broad categories of projects include:
•    Channel modification projects
•    Regional storm water detention basins
•    Voluntary home buy-outs in areas with the greatest risk of flooding, which would include more than 1,000 residential structures across the County
•    Engineering studies of specific watersheds or areas that will produce specific alternatives that could be built to reduce flooding risks in that watershed or area
•    Local match for federal grant dollars for qualifying projects such as completing our four active projects in partnership with the U.S. Army Corps of Engineers: Brays, Hunting, White Oak and Clear Creek
•    Local match for other grants to repair our damaged infrastructure and construct new flood damage reduction projects.” (https://www.hcfcd.org/bond-program/frequently-asked-questions/)

Houston will never be completely exempt from flooding, but this is a step in the right direction.